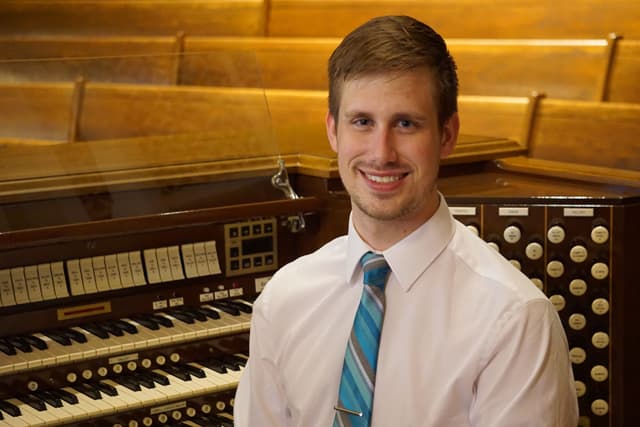 Pacific Hills welcomes organist Zach Hastings as Director of Music on July 1, 2020. He will be directing music and choir for the congregation’s traditional Lutheran Liturgy worship services and seasonal offerings. Zach will be playing the newly-renovated Schantz pipe organ, one of two like it in the Omaha area.

Zach is a native of Ankeny, Iowa, and served for seven years at congregations in Iowa and Minnesota, as a director of worship and music and as a bell choir director. He holds a 2016 Bachelor of Arts in Music degree from Iowa State University, where he studied organ performance. He currently serves on the Central Iowa American Guild of Organists (AGO) Executive Committee, and on the American Guild of Organists Young Organists (AGOYO) National Board.

Zach also works for Principal Financial Group of Des Moines, Iowa, as a retirement benefit analyst. He is relocating to Omaha, and is searching for the "right" house for himself and his Goldendoodle, Merlin.