What’s Happening with the Organ? 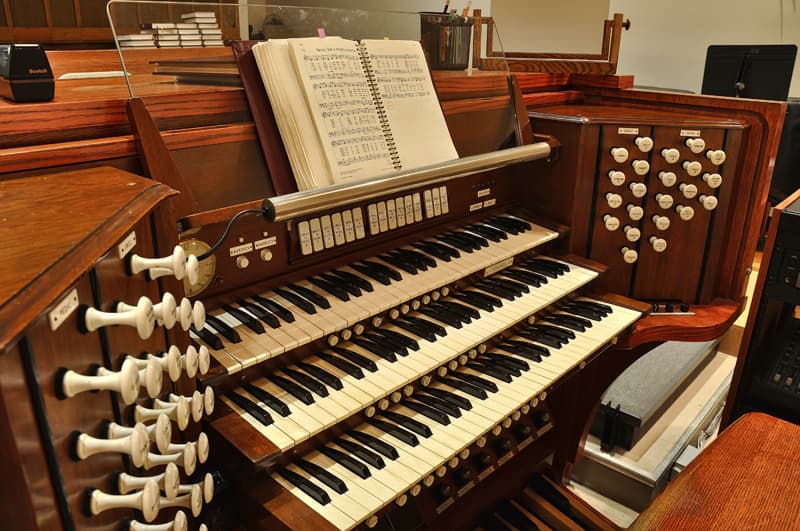 Pacific Hills has been blessed for nearly 50 years with the music from our organ built by the Schantz Organ Company of Orville, Ohio, in 1969. It contains a little over 2,200 pipes of various shapes and sizes, ranging anywhere from 16 feet in length to the size of a small pencil. The organist controls when each pipe plays through the keyboards and various buttons and knobs on the console (where the organist sits), which is connected to the pipe chambers by a very elaborate, and complex set of pneumatic valves and electrical connections.

Over the years, the Bedient Organ Company of Lincoln, Nebraska, has made several improvements to the instrument which have greatly improved its sound and versatility. However, the one part of the instrument that has never been updated is the console controls and the connections to the pipe chambers. These connections are still being made using the original technology from 1969, and they are beginning to fail badly. This should not really surprise us. After all, if we turned a switch on and off thousands upon thousands of times over the course of 50 years, we wouldn’t be surprised that it would need to be replaced.

For the past several months, we have been in conversations with the Bedient Organ Company about creating a plan to replace and modernize all of the console controls and connections to the pipe chests. Thanks to a gift from a generous donor, the Board of Directors has authorized the signing of a contract to begin the work.

Future Plans for our Organ

In mid-February, Bedient will begin removing all of the original cotton-wrapped wiring from the instrument which needs to be replaced to meet current electrical codes. Then, they will disassemble the console and take the necessary parts back to their shop. The console will be reassembled and the now-antiquated series of pneumatic and electrical connections will be replaced with a modern, fiber-optic, computerized system which will give the organ a lightning fast response time and ensure reliable operations for many years to come.

The addition of this computerized system also gave us the opportunity to add a few stops to the pedal division of the organ which were never included. These two digital “32’ stops”, as we call them in organ language, will help round out the ensemble and give it a richer sound with great gravity.

Bedient estimates that the organ will be unplayable for about 5 weeks while work is completed, although they assured me it will be back for Holy Week. I am so excited to see the improvements made so that our Schantz will continue to lead the song of the church for generations to come! If you ever want a “tour” of the organ, stop by the balcony!