Lord, be merciful to me, a sinner 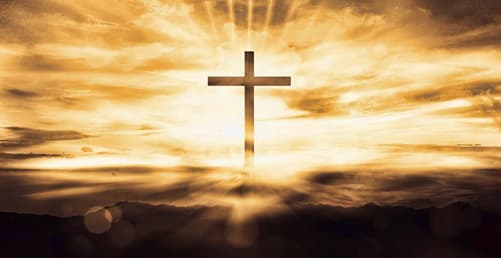 Some time ago one of God’s servants was lying in a hospital bed awaiting surgery. He told his sons that in his meditations and prayers he was invariably brought, as he put it, “to the prayer above all prayers: ‘Lord, be merciful to me, a sinner.’”

This was the prayer that was in his heart and on his lips as he went to surgery. It was his petition as he passed through the “valley of the shad- ow” and drew near to receiving his “crown of glory”.

During this season of Lent, we think about our Lord’s bitter suffering and death, traveling along The Via Dolorosa, “The Way of Sorrows,” to Calvary’s cross. Our one real aim in rehearsing this sacred story is for us and others to recognize our sin and be led to pray: “Lord, be merciful to me, a sinner.”

The prayer comes to us from the lips of the tax collector in Jesus’ parable, The Pharisee and the Tax Collector in the Temple. The Pharisee, in his prayers, chronicled all that he was doing for God – and went away

still only full of himself. The Tax Collector humbly prayed for mercy and forgiveness – and went away justified, enjoying the Lord’s presence within him.

As Lent focuses our attention even more sharply on the cross, we recognize that it stands as an awful condemnation of prideful human sin. It speaks to us of death, the consequence of humanity’s willful separation from God. On the cross we see the suffering that was required of the Son of God as God’s atoning sacrifice for our sin. We know Jesus’ cry from the cross; “My God, why have You forsaken me?” should have come from our own lips. And so we are led to pray humbly, “Lord, be merciful to me, a sinner.”

St. Paul confesses, “For I decided to know nothing among you except Jesus Christ and him crucified.” With those words ringing in our ears, we look upon the crucifix and see that through Christ’s death, He has given us life. For in repentant faith we receive the precious gifts He so richly and freely gives in forgiveness of sins, life and salvation.

Serving Christ with you,
Pastor Kumm

The Rev. Dr. Michael L. Kumm serves as Interim Pastor at Pacific Hills Lutheran Church in Omaha Nebraska until Pastor Drebes returns from medical leave. He is a retired LCMS pastor from Dakota Dunes, SD. He currently serves as the Chairman of the LCMS Board of Directors, St. Louis, MO. Dr. Kumm has served churches in South Dakota and Southern Illinois as well as on the professional staff of Concordia Seminary, St. Louis. While serving these local congregations, he has served his community as a law enforcement chaplain and has served as the District Pastoral Advisor for the Lutheran Layman’s League; Circuit Counselor and as a delegate to Synod conventions. Additionally, Dr. Kumm serves as Chairman of the Supervisory Board of the International Lutheran Society of Wittenberg (ILSW), a joint corporation of the LCMS and our German partner Church, the SELK.